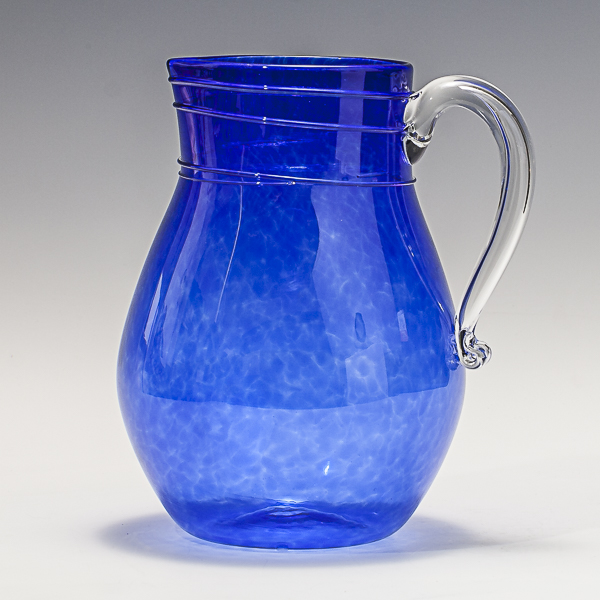 This glass pitcher is a replica of the earliest known piece of Millville glass which is in the collection of the Museum of American Glass at WheatonArts.
The original pitcher was purchased in Millville in the winter of 1808 -1809 by David Dare while he and his friends were on a sleighing party traveling from their homes in Bridgeton to Millville. Sleighing parties, which often included visiting taverns and glass factories in neighboring towns, were popular pastimes for young people in the early 1800's. At that time, Millville was a small hamlet with a mill, a tavern, a school, three stores, several houses and a glass factory. The factory was founded in 1806 by James Lee, who also established a glass house down river in Port Elizabeth.

There are no reviews yet.

Be the first to review “Millville Pitcher, Cobalt” Cancel reply