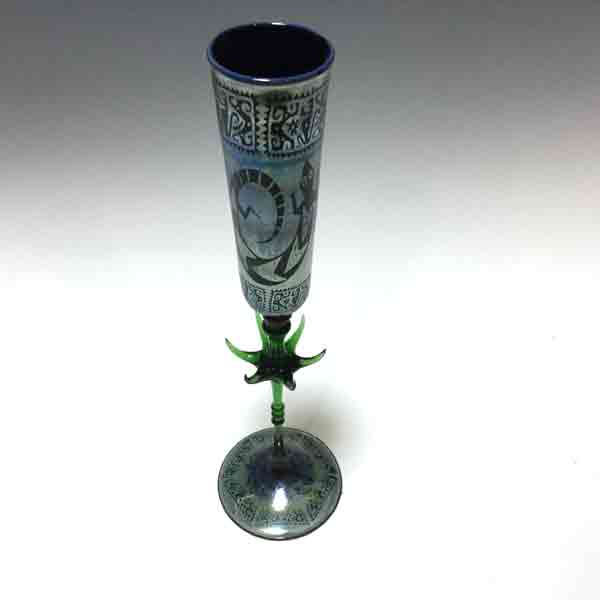 Born in 1951 in Fort Belvoir , Virginia and raised in Honolulu , Hawaii , Robert's formal education ended after one year of college. He apprenticed with a professional lampworker for two years in the mid-seventies and then sold his own designs at outdoor craft fairs for ten years. In 1987 he took a class from Paul Stankard that opened his eyes to the possibilities of his medium.

He has taught extensively at the major glass schools including the Pilchuck Glass School , Penland School of Crafts, The Studio at the Corning Museum of Glass, and The Pittsburgh Glass Center. He has filmed and produced two videos on his flameworking process, and he has designed and maintains an elaborate web page dedicated to his own work and the galleries that represent him. He has published numerous technical and historical articles on flameworked glass. He served for six years on the board of directors of the Glass Art Society and was their treasurer and vice-president.

There are no reviews yet.